THE CAMERON PEAK FIRE, the largest wildfire in recorded Colorado history, scorched more than one-third of the CSU Mountain Campus in October.

It charred hundreds of forested acres but avoided buildings at the beloved site that sits below the Mummy Range in the mountains west of Fort Collins and annually hosts nearly 6,500 students and other visitors.

The campus spans 1,600 acres, and most of this forestland remains unscathed. Yet, fire crossed an estimated 600 acres on the property’s west side, with mixed severity. Many patches of forest were visibly unaffected; others, including aspen groves and stands of lodgepole pine, were reduced to blackened moonscape and the matchsticks of burned trees.

Intrepid firefighting spared all 76 structures at the Mountain Campus, including classrooms, cabins, the main dining hall, conference center, and a cluster of historic buildings. A residue of smoke and soot will require intensive cleanup in many structures. But a full reopening is expected in the months ahead.

“We had a lot of anxious moments as the fire burned for more than 90 days. It was exhausting,” said Seth Webb, director of the Mountain Campus. “Our campus is nearly surrounded by the fire perimeter, yet we remain intact, with no structural damage to speak of, because of firefighting operations. We are overwhelmed with gratitude for firefighting efforts because this is such a special, powerful place for people who have studied and learned here.” 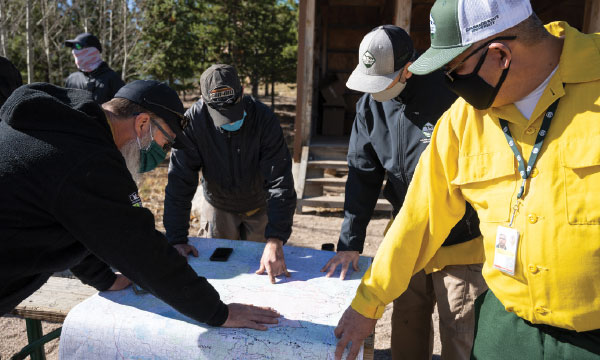 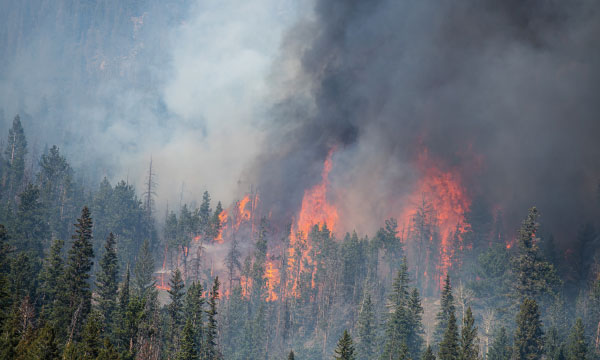 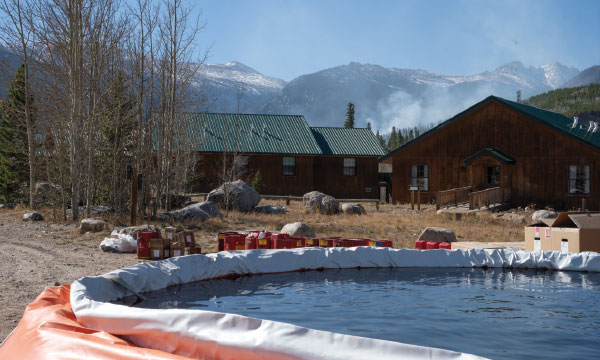 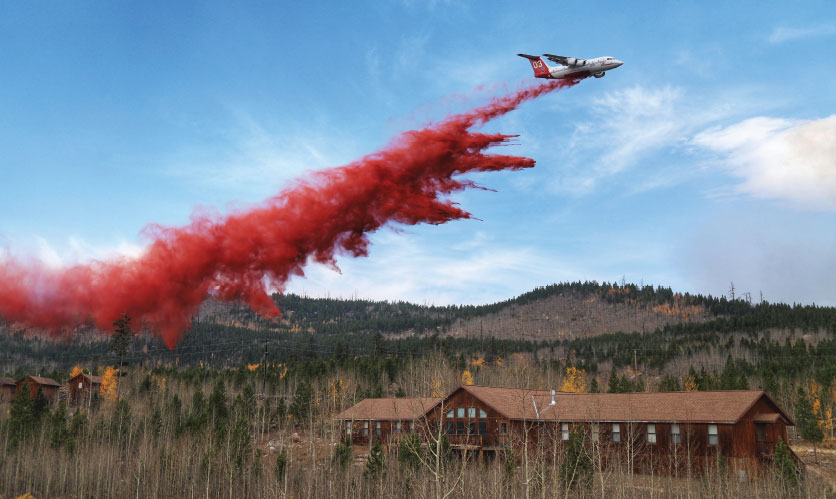 The Mountain Campus was established in 1914 and has provided generations of CSU students with unmatched discoveries. Each year, the campus hosts about 1,000 students for immersive field courses, orientations, and more. Thousands of additional guests visit for research, conferences, and getaways. That includes more than 2,000 fifth-graders who annually arrive from Northern Colorado elementary schools for an introduction to ecosystem science during eagerly awaited Eco Week trips.

The COVID-19 pandemic prevented campus visits during most of 2020; that averted the evacuation of guests during the Cameron Peak Fire. It also allowed firefighters to prepare as the blaze bore down: They cleared flammable material, set up water tanks, laid hose, drenched buildings with sprinklers, and conducted backburning operations. Earlier wildfire mitigation gave these efforts a boost.

“It was a real nail-biter for a while,” said John Hayes, dean of CSU’s Warner College of Natural Resources, which leads research and education programming at the Mountain Campus. “If it weren’t for the incredible dedication and hard work of the firefighters up there, we’d be having a very different conversation now.”

It was a real nail-biter for a while. If it weren’t for the incredible dedication and hard work of the firefighters up there, we’d be having a very different conversation now.

The Cameron Peak Fire started Aug. 13 near Chambers Lake in the upper Poudre Canyon. It burned an estimated 209,000 acres before fire officials finally declared it contained in early December. Patches of forest continued to smolder even after early snowstorms. The fearsome blaze forced hundreds of evacuations and destroyed 225 residential structures, including more than 40 primary homes, officials said. As the fire ripped through forests with dry understories and beetle-killed timber, it produced dramatic smoke plumes and spewed ash across the Front Range.

It was one of Colorado’s three largest wildfires on record – all starting in Summer 2020, all in a year of statewide drought, all adding to the scientifically founded understanding that climate change is extending typical fire seasons and ratcheting up the magnitude and intensity of many wildfires.

A firefighting helicopter flies over the CSU Mountain Campus west of Fort Collins as the Cameron Peak Fire burns through the forest. The campus ropes course, in foreground, was among the many structures spared. Photo: William A. Cotton / Colorado State University

Against this backdrop, the aftermath of the Cameron Peak Fire opens doors to expanded CSU research and education at the Mountain Campus, Hayes said. The university is even better positioned to examine questions about wildfire impacts on forest restoration, wildlife habitat, watershed function, and water quality, among other critical issues.

Hayes said he hopes the Cameron Peak Fire will be the catalyst for a new era at the Mountain Campus. The concept already is moving ahead with rising research activity and plans for construction of a new, donor-funded academic building.

“I see it becoming a unique spot to use as a mountain ecological observatory to study climate change and the dynamics of alpine and high-elevation environments broadly,” he said. “This is a pivotal point for the campus. We’re trying to build the type of facility that can be used for globally important, cutting-edge research and education.”

READ MORE FROM THE WINTER ISSUE OF STATE 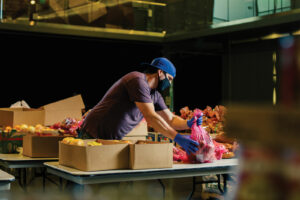 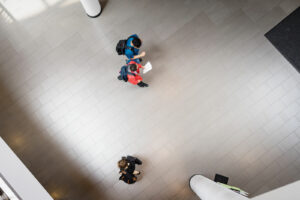