A DECADE AGO, many low-income families were still reeling from the Great Recession when Colorado State University launched a landmark tuition assistance program for Colorado students who needed support to earn their degrees.

In all, the program has disbursed nearly $180 million to about 21,000 Colorado students enrolled at the CSU System’s flagship campus in Fort Collins.

The grant program has helped secure a path to opportunity for thousands of students each year and has balanced the scales for low-income students and families who often are acutely impacted by economic crisis. Since it began in 2011, the program has become a fundamental way that CSU delivers on its land-grant promise to provide qualified students from all backgrounds with access to excellent education and the expanded opportunities that arise from it.

“As someone who didn’t have the means to pay for college, the Tuition Assistance Grant and other scholarships definitely helped me. It meant I didn’t have to work 40 hours a week while going to school, and that allowed me to focus on my studies,” said Violeta Flores, of Colorado Springs, who graduated in May 2020 with a bachelor’s degree in electrical engineering.

The pandemic scuttled traditional commencement for Flores and others in the Class of 2020. But, with her financial aid, Flores had the degree she needed to land a job as an engineer at Lockheed Martin in Englewood. She designs and supports electrical systems for hypersonic missiles.

Through the CSU Tuition Assistance Grant program, the university’s lowest-income Colorado students automatically receive financial support totaling $16,500 per academic year. The aid is derived from university, state, and federal funds. For students with greatest need, this aid covers 100 percent of tuition and fees; in this way, the university’s lowest-income students have been shielded from the impacts of tuition increases since the grant program launched. In fact, for students in this category, the support goes beyond tuition and fees to cover about 60 percent of the total cost of attendance – including books, supplies, and room and board.

Most grant recipients earn other need-based and merit-based scholarship support, which further limits debt and offers a jumpstart on life after graduation.

The CSU grant program, designed to aid disadvantaged in-state students, was among the first of its kind among land-grant universities nationwide and stands out for its duration, the level of support offered, and the number of students served.

“We are so excited to offer the Tuition Assistance Grant for Colorado students who dream of coming to CSU and pursuing fulfilling careers after graduation but need financial help to get there,” CSU President Joyce McConnell said. “This program is a tangible example of our land-grant commitment to access and student success, and it demonstrates the educational value we deliver for individual students, families, and the state of Colorado.”

The financial aid program was conceived in 2009 and began in 2011 under former CSU President Tony Frank, who is now CSU System chancellor. At the time, university leaders and members of the CSU System Board of Governors saw that the Great Recession was throwing up obstacles to degree attainment for students from financially struggling families. They sought a solution that would help Colorado students then – and into the future.

Compounding those recessionary forces, leaders – and students – were already grappling with a notable long-term trend in declining state investment in public higher education. Over time, this gradual defunding has shifted the lion’s share of tuition costs from the state to students and their families, resulting in climbing tuition costs. Colorado now ranks No. 47 in the nation based on state allocations to public higher education, according to the state Department of Higher Education.

For those with scarce resources, economic shocks worsen the impact of the disinvestment trend, and the CSU Tuition Assistance Grant program has been one important way to hold open a door to higher education for in-state students attending CSU. Low-income and middle-income students qualify for varying levels of support.

“It is such a privilege to be part of an institution that so fully embraces the land-grant mission,” said Leslie Taylor, vice president for enrollment and access. “CSU does that through persistent effort, active planning, allocation of resources, and a growing accountability of outcomes.” 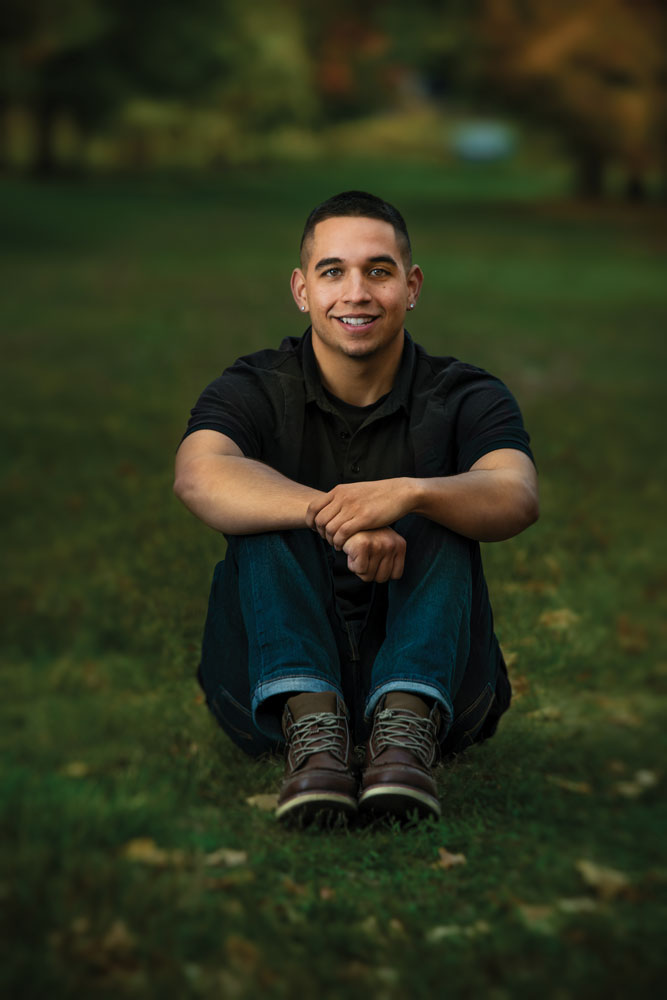 The idea of working in the aerospace industry excites me and makes me curious about all the things I could potentially do.

The clock was ticking past 9 a.m., and the CSU Rams Rocketry Team was sweltering at White Sands Missile Range in New Mexico.

Brayan Trejo and his teammates had been struggling for hours to launch their device at the Intercollegiate Rocket Engineering Competition. Among dozens of entries, their rocket stood out for its use of liquid propellants – ethanol and liquid nitrous oxide – instead of solid fuel.

Trejo was sweating. The team had failed to launch their rocket on three previous days, and he had designed the control system. It had to function perfectly with volatile fuels, temperature and pressure variables, and complex engine technology. The team’s chance was evaporating as the temperature climbed during a fourth attempt.

Then, when the moment seemed right, a teammate pushed the launch button. Trejo saw combustion and rocket fire. In a flash, the CSU team became the only one at the 2019 engineering contest to successfully launch a liquid rocket; it soared to 9,500 feet.

“I almost blacked out,” Trejo recalled. “It was our last chance, and it was so amazing to see it work.”

Just a month before, Trejo had graduated from CSU with a bachelor’s degree in mechanical engineering – the first in his family to earn a college degree. It was possible only with financial support from the CSU Tuition Assistance Grant and other scholarships, he said.

With success at the rocket competition, Trejo was sure of his ambition to work in the U.S. aerospace industry as an embedded hardware engineer. To get there, he is now pursuing a master’s degree in computer engineering at CSU; he’s paying his way as a graduate teaching assistant, co-instructing a digital circuitry lab.

His opportunities and achievements are all the more meaningful, Trejo said, because he is an undocumented student protected from deportation under the Deferred Action for Childhood Arrivals program, known as DACA. Trejo was born in Mexico and came to the United States with his family as an infant; he grew up in Fort Collins.

Despite uncertainties about his citizenship, Trejo said he is motivated to work in and for the only nation he has ever called home. He shared the elation of NASA scientists and engineers when the Perseverance rover recently landed on Mars.

“I get really excited about the thought of being able to design and implement and test something as great as the Mars rover and work with a whole team in the aerospace ecosystem,” Trejo said. “When I watch something like that, the most exciting piece for me is when the camera pans into the control room, and you can see everyone jumping up out of their seats and showing pure excitement and joy. That’s what drives me – to someday be part of that.” 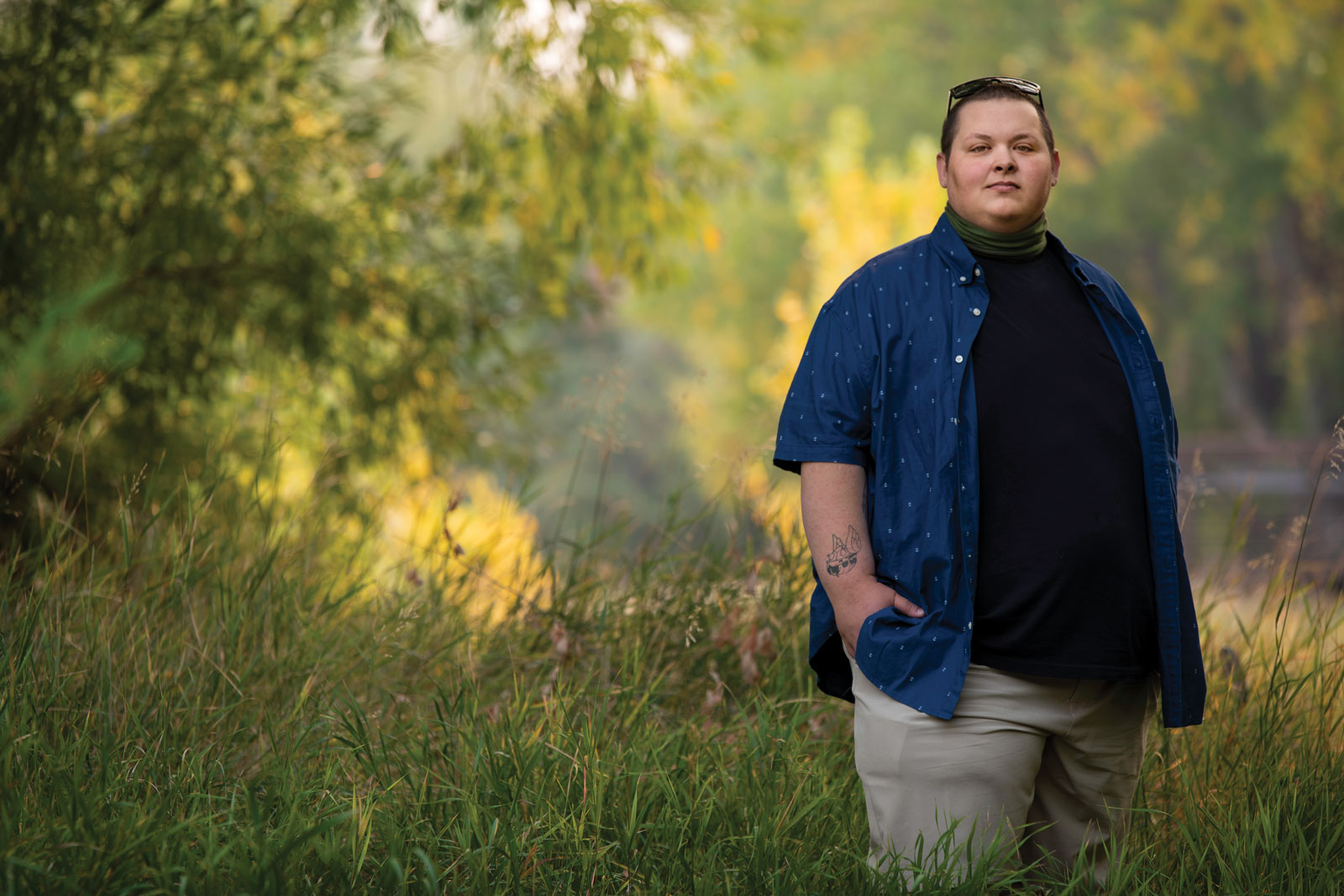 He admits he was a miserable student in high school. At one point, Michael Daghita had a 1.6 grade point average – on track to repeat his final year as a “super senior.” When he made it to graduation, Daghita dusted off his hands: “There you go. Done!”

Then he started full-time work at a call center in Greeley, his hometown. Daghita sat in a sea of desks, in front of a computer monitor, wearing a headset. He took nonstop calls from people agitated about pharmacy coupons, cellphone service, and bankcard use. He had co-workers who’d been at it for decades.

I really couldn't be more thankful. Graduating with this degree is the most far-reaching goal I could have had.

Daghita first enrolled at Aims Community College in Greeley. He was impressed by his older brother, who works in information technology, so Daghita took a class in computer programming. He struggled through tears of frustration, but soon began to shine. Before long, he had a 3.9 GPA and an associate of science degree.

Feeling empowered for the first time, Daghita set his sights higher – to a bachelor’s degree.

Having been inspired by his older brother, he wanted to pay it forward as an academic model for his younger brother. “I want him to be able to look up to someone else,” said Daghita, who grew up as the middle of three sons raised by a single mom.

Daghita will graduate from Colorado State University in May as a first-generation student with a B.S. in computer science.

Even more, he will graduate with a full-time job. While at CSU, Daghita has worked as a student intern for Hewlett-Packard in Fort Collins; right after commencement, he will transition to a permanent job developing and testing firmware, a class of computer software specific to devices and core their function.

The CSU Tuition Assistance Grant program made his studies and his degree possible. His financial aid provided him “a completely different future,” Daghita said.

“I couldn’t have painted a picture like this,” he said. “I have hope for years down the line, and I want to contribute, to look at something and say, ‘I had a hand in that.’ Maybe I will have influence years beyond me in some way.” 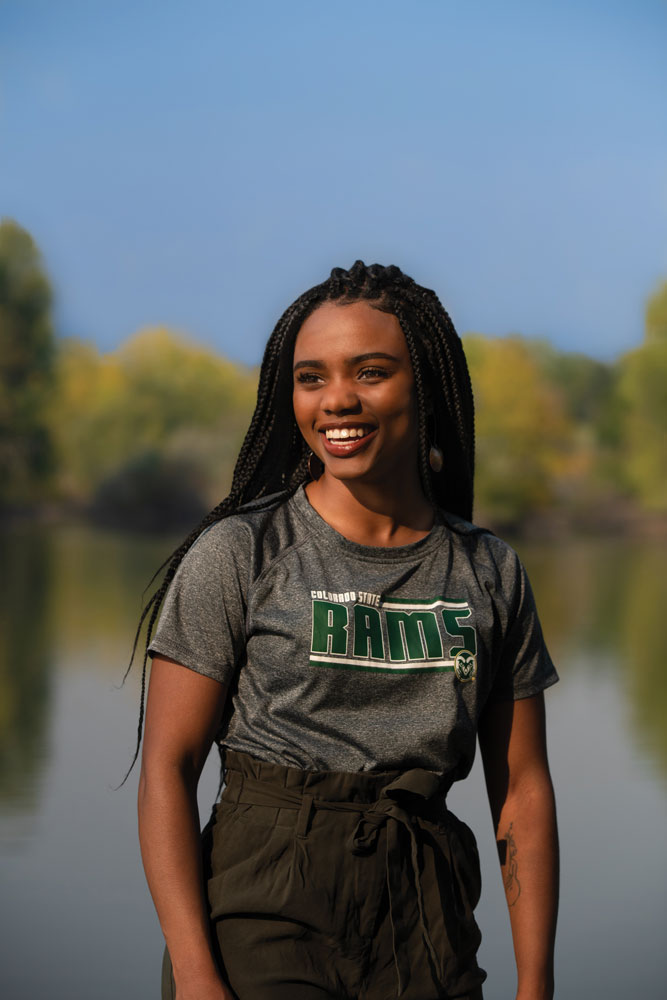 I realized, having gone to high school in a less-fortunate area, that there are so many kids with so much potential. I looked at myself as a woman of color and said, 'I have to love these kids who need someone.'

When she was 7 years old, Leah Young took the microphone to sing at a music festival before an audience of 2,000 people. She looked at her grandmother, the treasured Colorado blues and jazz vocalist Hazel Miller, a featured concert act who had beckoned her granddaughter to the stage.

Then the little girl glanced at the band and said, “I’m ready, boys.”

Young carried that confidence with her through graduation from Manual High School in Denver, as she developed a passion for health sciences and became a talented musician in her own right.

Yet, having grown up in a low-income blended family with four kids, Young did not have the financial means to attend college without significant support. She found it with the CSU Tuition Assistance Grant and other scholarships.

This spring, Young will graduate as a first-generation student with a bachelor’s degree in human development and family studies. She plans to pursue a graduate degree in multicultural counseling and hopes to work with children in underserved communities of color, much like her own childhood setting.

Young is well on her way. She is a student in the Honors Program, with experience gained during college as a family programs coordinator; in the role, she assists CSU international students and their children. For these and other efforts, Young was recently awarded by the College of Health and Human Sciences as a student leader who has enhanced diversity, equity, and inclusion on campus.

“I know I’ll get to a point that every dollar contributed to my education was worth it. That’s what I tell myself every day,” Young said. “I now have the knowledge, and will continue to gain the knowledge, to help kids of color better their lives. I want to help kids who look like me.” 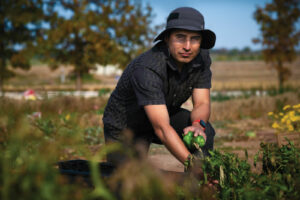